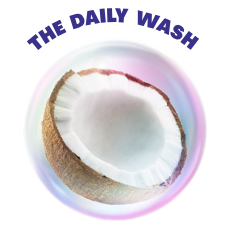 Everything it takes to outsmart mess and overpower grime.

If you’ve made it this far, you probably have an interest in a more sustainable lifestyle. Plastic pollution has a negative impact on our oceans and wildlife. It’s estimated that 80% of ocean plastics come from land sources, meaning, what we do on our daily lives have a direct impact to the pollution that has devastated our oceans. That’s why many scientist have worked towards finding alternatives that make the world less trashy. Enter, bioplastic.

Bioplastic looks and feels like plastic but it’s made from plant based materials. This can be corn, sugarcane, or simply any other biological material, unlike regular plastic which is made from petroleum. They are most commonly found on cutlery, bottles, caps, and many others. There’s a few great benefits to bioplastic, let’s start with one of the most important ones; plant biomass is renewable. This is important because you can grow plants all over the world and because they are plants they contribute to less carbon. On the other hand we got regular plastic, since it’s made of oil, it is constantly using a limited source.

A big concern of regular plastic, other than pollution, is the toxicity of using them on a regular basis. They are known to leach estrogen-like chemicals into food making it’s way to your bloodstream, but, as it decomposes it releases toxic BPA into the water, causing additional pollution as well. Both of these two scenarios directly affects us, which is a huge relief to know that bioplastics are actually non-toxic and won’t release any yucky chemicals to your food or oceans. Additionally, bioplastics are biodegradable and can be industrially composted, this way the plant matter goes back to the environment in a harmless way.

You may think that you could throw these in your regular recycling bins, but that’s not the case. You can actually contaminate a whole batch of recyclables by doing this. While this is potentially a problem, it just takes some education to correct the issue. Ask your local recycling program if they offer bioplastic recycling and drop them off at their facility if at home pick up is not available. While this is not a perfect solution, it’s a step in the right direction and we can’t wait to see where science takes us next.

So, here's a round-up of it's benefits:

How is Plastic Damaging the Planet?